Ben 10: Omniverse 2™ is the latest installment in the top-selling global interactive franchise from D3Publisher and Cartoon Network Enterprises that sets players off on an all-new adventure with Ben and his Omnitrix-powered alien forms as he battles against a new galactic threat, the Incurseans. Heading to Earth with his partner Azmuth, creator of the Omnitrix by his side, the two ventures into the Incursean’s intergalactic warship to try and thwart Emperor Mileous. Players will face brand new challenges including chase and escape sequences, as well as an onslaught of battles against the forces of evil creating the most dynamic Ben 10 game to date.

Ben 10 Omniverse 2 has everything fans love about the hit series: Aliens, Action, and an all‐new Adventure! The fastest Ben 10 game ever puts Ben in a race against the clock to make every alien transformation count in his battle against the all‐new Incursean invaders. Set off on an all‐new adventure, Ben infiltrates Incursean battleships to save the resistance fighters. Face off against new enemies featuring authentic voices in an all‐new story written by the writers of the actual Ben 10 Omniverse TV series. All‐new free‐running chase and brawl sequences and fast paced alien switching action make this the most intense Ben 10 game yet!

In Ben 10 Omniverse 2, the latest installment in a top-selling global interactive franchise, players will be able to control Ben Tennyson in an all new adventure set in the Ben 10 universe as Ben battles a new foe, the Incurseans, and infiltrates this new enemy’s intergalactic warship as he finds his way home. Though he’s still armed with his trusty Omnitrix, Ben will face brand new challenges including chase and escape sequences as well as constant battles against the forces of evil. Players will have to make every action count as you race Ben against the clock, creating the most kinetic Ben 10 game to date.

Developed by High Voltage Software for consoles, and by 1st Playable Productions for the handheld version, Ben 10 Omniverse 2 is based on the long-running, popular Cartoon Network animated series, and follows the adventures of Ben Tennyson, a 16-year-old teenager who wields the Omnitrix, a device that allows him to transform into various alien forms such as Gravattack, Four Arms, and many more alien forms. 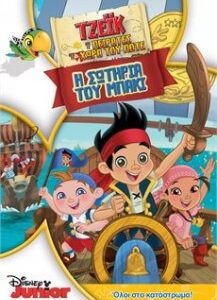